Positive psychology (PP) has been on the front line of public psychology for 20 years (Diener et al., 2009; Tweed et al., 2017; van Zyl, 2013). Among other things, PP focuses on the economics and politics of well-being, emphasizing the relationship between the levels of happiness within a given country and its gross domestic product (GDP). The latest example is to use the well-being framework as a guide for the government’s policy of easing the COVID-19 lockdown (Layard et al, 2020).

Recently, the emphasis that PP places on happiness has been critiqued (Yakushko, 2019; Wong, 2020; Wong, Ivtzan & Lomas, 2017). Second wave positive psychology (PP 2.0) emphasizes that sustainable well-being can only be established on the foundation of the science of suffering (Wong, 2011, 2019a, 2019b) with meaning and responsibility as its focus in combating suffering. From this perspective, responsibility plays a vital role in containing the spread of COVID-19 and enabling people to return to “normal.” All public announcements regarding the pandemic have endorsed this view. Other influential public psychologists who also equate meaning with responsibility include Viktor Frankl (1985), Scott Peck (1978/2012), and Jordan Peterson (2018). Our democratic system will not function if the government and citizens do not fulfill their respective roles responsibly. Responsibility also offers humanity the best protection against self-destruction, nihilism, and authoritarian ideology (Frankl 1985; Fromm, 1941; Peterson, 2018).

According to the literature, responsibility is an important construct of mental health and well-being (Ryan, Legate, Niemiec, & Deci, 2012). Although responsibility is conceptualized in different ways, researchers have commonly focused on its personal and social aspects (e.g., Giacalone, Jurkiewicz, & Deckop, 2008; Sheldon et al., 2018; Mergler, 2017; Wong, 2019b; Wray-Lake & Syvertsen, 2011). Thus, there is the need to cultivate responsibility within all the major domains of society, such as education, family, workplace, and governments (Shelton & Boltz, 2008; Wong, Ivtzan, & Lomas, 2016).

The following issues from Shelton & Bolz’s anthology (2008) on responsibility reflects a wide range of public issues that need to be researched and debated publicly, such as (a) Freedom and responsibility need to be re-enthroned as cores values for nations to endure (Bolz, p.12), (b); A responsible society needs to be a compassionate and caring for neighbors  (Wong, p. 33); (c) Justice demands that the state must embrace all religious faiths (Pope John Paul II, 2008, p. 63); (d) “Without personal and collective responsibility, there can be no democracy, no real freedom.” (Pattakos, 2008, p.68); ( e) “Our work is all about making a better world.” (Senge, 2008, p. 90); (f) “No matter where you’re born or how much your parents have, no matter what you look like or what you believe in, you can still rise to become whatever you want, still go on to achieve great things, still pursue the happiness you hope for.” (Obama, 2008, p. 128); and (g)  All good leaders must assume “environmental responsibility.” (Gifford Pinchot, 2008, p. 159)

This paper will present findings from Arslan & Wong (in progress) and will show the validity of their new Responsibility Measure, which consists of Personal and Social Responsibility subscales. In this regard, their findings reveal that the latent measurement model had positive and significant predictive effects on life satisfaction and negative predictive effects on psychological distress. We will also provide some findings from a major multinational study (involving 30 countries) on the role of responsibility and meaning as a buffer against the toxic effects of COVID-19 at both individual and national levels (Wong et al., in progress).

In accordance with the goal of this special issue, which is “to animate scholarly reflection on the theory and practice of ‘public psychology’”, we will also discuss the exercise of personal and collective responsibility in the public arena directly and indirectly by drawing upon ancient Greek wisdom, existential philosophy, and political science. The paper will describe key elements of the paradigmatic shift suggested for both the discipline (i.e., theory) and profession (i.e., practice) of public psychology so that it may truly come into its own and best “cultivate the relationship(s) between science and society.” Thus, the focus is on what serves the public interest of advancing well-being and resilience of everyone, rather than serving the narrow interests of any dominant group.

A “publicly engaged, outward facing psychology” in our view needs to pay attention to the politics of meaning and responsibility. In this regard, social distancing and the forced suspension of church attendance, school, philanthropic, and business activities hopefully will help humanity feel the need to re-awaken to the sanctity of personhood and the need to connect meaningfully with others–one of the core lessons of a Greek-inspired paradigm on the human quest for meaning referred to as “The OPA! Way.” (Pattakos and Dundon, 2015).

As explained in Prisoners of Our Thoughts (Pattakos and Dundon, 2017): “It is more important to be aware than it is to be smart” when seeking to detect the meaning of life’s moments. We cannot find meaning if we do not look for it. This requires that we hold ourselves and, in the larger context of public psychology, others responsible. If practiced responsibly and wisely, social distancing holds the potential of promoting physical, emotional, and spiritual wellness, as well as helping societies awaken to the truth that the human quest for meaning, ultimately, is grounded in self-transcendence—in something greater than oneself—and on authentic relationships based on service, sacrifice, and love (Wong, 2014).

We conclude that the new science of well-being in the face of suffering will continue to play an important role in the evolution of public psychology; this new psychological science calls for more research and public dialogue on the vital role of personal and social responsibility in the battle against disasters like COVID-19, and in co-creating a just and compassionate  society, without blaming the victims and vulnerable minorities.

Wong, P. T. P., Pattakos, A., & Arslan, G. (Under review). The Role of Responsibility in Wellbeing & Public Policy in the Age of COVID-19 [Abstract]. Retrieved from http://www.drpaulwong.com/the-role-of-responsibility-in-wellbeing-public-policy-in-the-age-of-covid-19 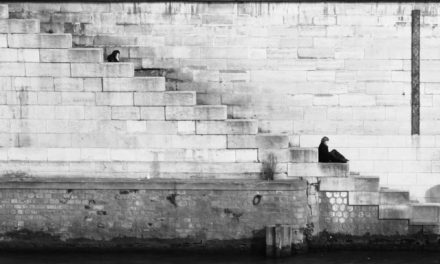 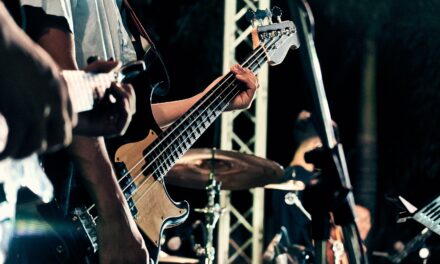 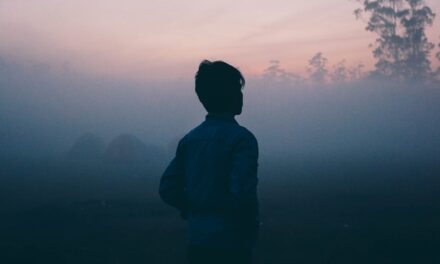 Vulnerability Awareness and The New Science of Transforming Suffering Into Resilience