The Good and Bad of My Family of Origin (Autobiography, Ch. 3) 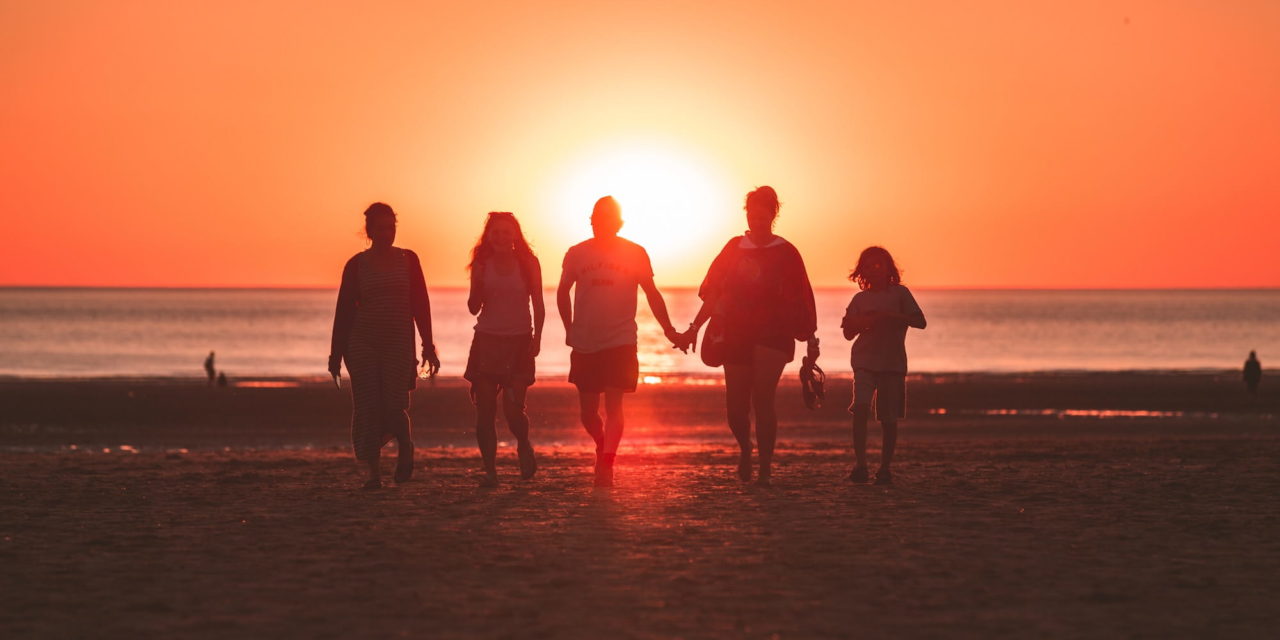 My life can be best understood from the intersection of three larger stories:

My Family of Origin

Among the millions of families in China, fate has placed me in the Wong family. Even though I cannot take credit for my birth, I can at least express gratitude for my family and lineage, which have provided a solid foundation to build my life upon. I should add that this foundation has more to do with my family narratives than my genes.

I owe my life and success to my family—both good and bad of a big Chinese family. Both the goodness and badness of my family reflect the Chinese society in transition. Liberated from the Chinese hierarchical feudal system and Confucian moral values, especially filial piety, designed to keep families together, my family of origin moved into a new era of the Western-style free market society that glorifies individual abilities to succeed, but without a new set of values and ideals. 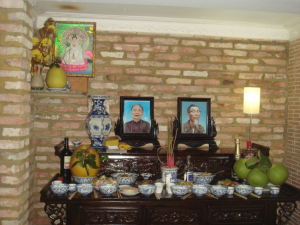 I have never met my grandparents except through their severe-looking black-and-white portraits behind the family altar. On special occasions, we all had to kowtow (磕頭; kneel down and bow) to show our veneration to our ancestors. A typical family altar for ancestor worship looks like this.

Different members of the same family may have various memories and narratives about their heritage. They may even construct divergent meanings and memories for the exact same event. It is the stories they have created for their lineage that affect how they relate to other family members and how they live their lives.

My siblings and I all began with the same roots, but have very different trajectories—some falling from the height of professional success into poverty, some rising from a prison cell to gain much wealth. A big part of these differences may be due to the different stories they made of our family.

Most of my brothers describe our family as dysfunctional—even insane—and they do not like each other. For me, my family narrative is more favourable than all my other siblings; I tend to focus on the positive sides of my family members and forgive or forget their negative sides. As a result, I am a lot closer to all my family members. Being a middle child, getting along was more important than getting ahead. Maybe there’s why I have always tried to relate well to all my siblings.

However, my family is not without its share of problems. In fact, there is enough material of misery, scandal, and filth to fill thousands of pages. Yet, these have all faded away, because of the love that has always been in my family, in spite of all its imperfections. Love is the best legacy parents can pass on to their children. 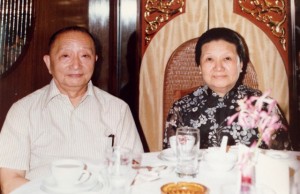 Thanks to my mother, the pillar in my family and the transmitter of my family’s oral tradition, I was still able to grow up with a healthy dosage of the Confucian values of Ren (kindness) and Yi (righteousness), as well as the honour of belonging to the scholar-gentry class. She often told us the success stories of our famous ancestors, hoping that we would follow their steps.

My father was a successful entrepreneur, my mother a housewife. Both of them died many years ago. My two brothers have also passed away. Yet, I can still sense their presence, not only in my dreams, but even in my conscious moments, especially in difficult times. 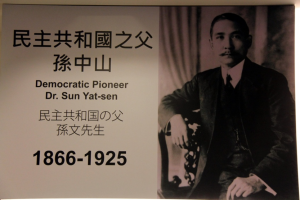 When I lament China’s political situation, I remember my grandfather’s bravery for joining Dr. Sun Yat-Sen in overthrowing the Qing dynasty. My grandfather belonged to the Dr. Sun’s Chinese Revolutionary Alliance (Tongmenghui; 同盟會).

When I am struggling with professional issues, I remember my father’s resilience of bouncing back time and again, even in his old age.

When I am working with people, I remember my mother’s kindness and sacrificial spirit.

When I am struggling with cancer, I remember my oldest brother who lived with cancer for ten years, even though he was told by more than one doctor that he had only three months to live.

When I am struggling with writing, I remember my second brother, who dedicated his life to writing, even though it never brought him wealth or fame.

Indeed, I walk with all my family members and still hear their voices, especially in times of need. Each one of them has taught me so much by their example. Soon, I will return to my ancestors, believing that I too can play a role in inspiring my children and grandchildren.

I came from a very large clan, one that can be traced back to ancient times. My surname (王) literally means “King” and is typically romanized as Wang. We were given the surname Wong when we moved to Hong Kong, because Wong is the Cantonese romanization. In Mainland China, Wang remains one of the most common surnames in the northern part of China. 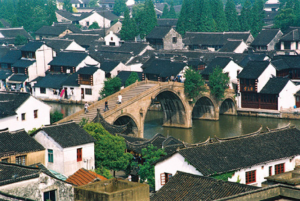 My ancestral home is the Qingpu district of Shanghai. It is an ancient city, going back at least 4,000 years. Many generations of my ancestors were buried there. According to some of my relatives who have been back to Qingpu, the Wang Family Cemetery has been taken over by the government and turned into a public park. This picture is the ancient part of the Qingpu district.

The decline of my family fortune coincides with the decline of the national fortune. According to Mom, Grandpa used to be a merchant, shipping rice and other products from South China to the Northern areas. That might be one of the reasons why he migrated from Qingpu to Tianjin, the seaport of Beijing.

The Revolution of 1911, led by Dr. Sun Yat-sen, overthrew the Qing Dynasty, ending thousands of years of imperial rule. However, the new Republic of China was fragmented and unstable. From 1916 to the late-1930s, much of the country was controlled by war lords, who were more concerned about protecting their own political power than national interests. In this kind of chaotic and uncertain environment, Grandpa’s business enterprise eventually collapsed in 1923, when my father was only 18 years. Being the firstborn, he assumed the responsibility of supporting the family and paying off the debts incurred by Grandpa.

The most precious possession in my family used to be a mysterious wooden box containing many wooden tablets inscribed with the names and important dates of all the firstborn sons of each generation of the Wang clan, going back to a few hundred years. We were told that in times of fire or enemy attack, we had to protect this wooden box as if it were our very lives. The importance attached to this wooden box must be related to the practice of Chinese ancestral worship. The Chinese people believe that the peace and prosperity of the family depend on receiving protection and blessings from their ancestors.

After moving to Hong Kong, the practice of burning incense and paper-money at the family altar was discontinued. I suspect that my parents no longer believed in the efficacy of ancestor worship after we had experienced so many financial setbacks and had virtually lost everything.

My given name Tsai-Pao (載寶) literally means carrying treasure. My parents most likely hoped that I could help revive our family fortune. Many of the fortune-tellers consulted by Mom confirmed that among all my siblings, I would be the one who would achieve great wealth.

How wrong they would be! I turned out to be a poor pastor and then a professor on a fixed income. The honour of being the richest family member actually went to my younger brother, Joshua, who was dismissed by my father as “useless” because of his poor performance at school. Nevertheless, my parents were correct in naming me Tsai-Pao because the Apostle Paul said that Christians carry with us the treasure of God in jars of clay (2 Cor. 4:7-11).

My oldest brother was named Che-Xiang (企祥), which literally means “looking up to Xiang,” as Wang Xiang (王祥) was one of the 24 paragons of Filial Piety. Ironically, he exhibited the least filial piety, probably because he was spoiled as the firstborn son. My second oldest brother was named Xing-Xi (敬羲), which means respecting Xi-Zhi, because Wang Xi-Zhi (王羲之) was one of the most famous calligraphers in China. These names were given by Grandpa, and show the high expectations he had for his grandchildren.

Unfortunately, my grandfather died just before I was born. My father named me, hoping that I would be rich. I am sorry that I did not live up to his expectations, but he eventually accepted the fact that I had become a professor in a small university. 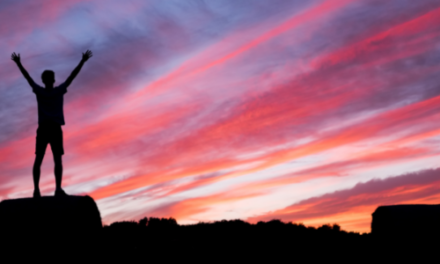 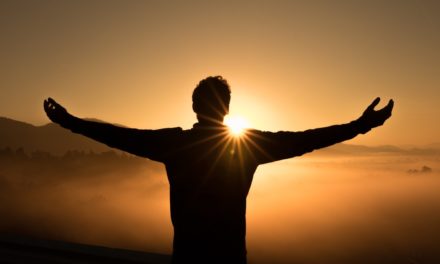 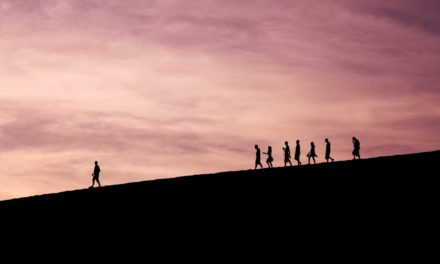 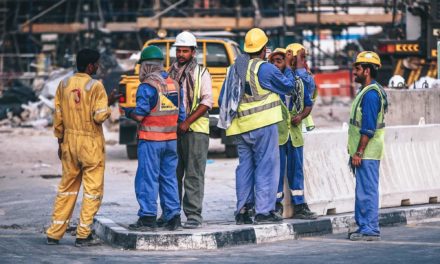 The Paradox of Servant Leadership