Meaning Making and the Fundamental Issues of Human Existence 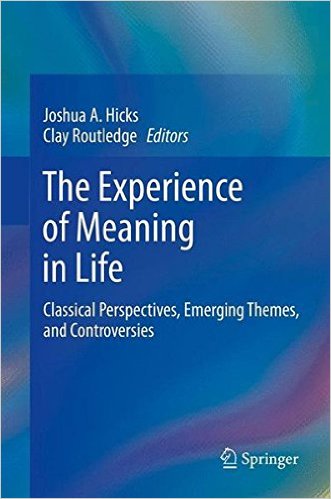 The Experience of Meaning in Life: Classical Perspectives, Emerging Themes, and Controversies

By Joshua A. Hicks and Clay Routledge (Eds.)

This review was written during a very difficult time of my life involving life-threatening situations. Having gone through the valley of death, meaning in life is no longer an academic subject but a fundamental human concern. After more than 30 years of meaning research (Wong, 2012; Wong & Weiner, 1981), I am more motivated than ever to find answers to such questions as: What is the point of striving to survive when life is full of suffering? How can I live a worthwhile and significant life in spite of difficult circumstances? Does life have meaning even though it is so fragile and brief?

From this perspective, I have mixed feelings toward The Experience of Meaning in Life: Classical Perspectives, Emerging Themes, and Controversies. On the one hand, I applaud the editors, Joshua Hicks and Clay Routledge, for bringing together such a talented group of contributors to address important issues of the experience of meaning; on the other hand, I am a bit disappointed that, in spite of all the experimental findings on meaning-making mechanisms reported in the book, we have not made much progress in addressing key existential issues since the work of Frankl (1946/1985) and Yalom (1980).

This is a complex book representing various perspectives and research paradigms. Its 30 chapters are organized into five parts: Theoretical Perspectives; Cognition, Decision Making, and Motivational Processes; Self, Identity, and Individual Differences; Culture and Interpersonal Processes; and Applications.

I will review and critique the major theoretical accounts of the experience of meaning in search of a general theory. There is consensus among the contributors that all people are motivated to “interpret their own actions and experiences in terms of an existentially meaningful life story . . . people’s stories of their lives reveal that finding meaning in life is of crucial importance to individuals” (p. 3). However, different contributors have different theoretical formulations of how people make sense of their experiences and judge their lives to be meaningful.

Crescioni and Baumeister, in Chapter 1, present the most influential need-based motivational account. According to this view, meaning in life is derived from meeting four basic needs: (a) purpose, (b) value and justification, (c) efficacy, and (d) self-worth. Indeed, a great deal of research supports this view. But why not include the need for understanding and the need for relationships as essential for meaning? Interpreting and making sense of one’s experiences are based on the need for understanding. Seeking relationships (Stillman and Lambert, Chapter 23) is also inherently related to meaning. Another limitation is: What happens to meaning when one is deprived of self-efficacy by being confined to a hospital bed or a Nazi concentration camp?

A more parsimonious approach is to recognize the human quest for meaning as a primary human need in its own right, as proposed by Frankl (1946/1985) and Wong (2014). The most profound statement by Crescioni and Baumeister is their concluding sentence: “Perhaps life’s meaning lies not in finding answers, but in searching for them” (p. 13). This statement tacitly acknowledges that the search for meaning is a uniquely human motivation that endows life with meaning potentials.

In Chapter 2, Sullivan, Kosloff, and Greenberg present a security-based motivational account. In this case, the need is to defend oneself against the terror of death. Lack of meaning makes us vulnerable and defenseless in the face of personal mortality. The authors are correct in recognizing our need for both everyday meaning and ultimate meaning in order to provide us a sense of security. They argue that in order to maintain a sense of security against the terror of death, people often resort to creating irrational or unconscious meaning frameworks (cultural worldviews or religious beliefs), even at the expense of cognitive consistency. Terror management theory is correct in proposing that belief in some kind of ultimate meaning is necessary to transcend finitude and death anxiety. However, the human quest for meaning is not only motivated by a defense against death anxiety; it is also motivated by personal growth.

Cozzolino and Blackie (Chapter 3) propose a two-factor theory that partially remedies limitations of terror management theory. Their dual-existential system emphasizes that death awareness not only motivates the search for extrinsic, symbolic meaning, as proposed by terror management theory, but also serves as the intrinsic motivation of pursuing altruism, creativity, and self-transcendence, as proposed by Yalom (1980) and Frankl (1946/1985). The authors are correct in asserting, “rejecting the reality of death in our lives is akin to denying a true part of who we are” (p. 42). The dual-existential system has the potential to become a comprehensive theory of meaning in life that incorporates Frankl’s will to meaning as well as terror management theory’s defense against death anxiety.

Proulx’s meaning maintenance model (Chapter 4) is based on the assumption that meaning making occurs to reduce arousal caused by any violation of the cognitive consistency of one’s meaning framework. He concludes that

existentialism . . . represent[s] a kind of radical consistency theory. Radical in the sense that all of human experience is represented as meaning, and the violation of any meaning framework is understood to arouse the same feeling and lead to the same general array of compensation responses. (p. 56)

But such generalization would discount more compelling motivations, such as finding positive meaning for living. It is also worth noting that a moderate amount of arousal may not be aversive (Berlyne, 1960), and life is a trade-off between boring regularity and the excitement of adventure. Could it be possible that an empty, boring life may trigger meaning seeking and arousal? Frankl (1946/1985) proposed that we are motivated to seek meaning and significance, even if it means disrupting our sense of consistency and homeostasis.

Park’s influential meaning making model (Chapter 5) is also based on cognitive consistency. However, her model also recognizes that meaning is central to human activities and well- being. What is novel to Park’s model is her assumption of global meaning as the basic orientation system that helps people interpret their experiences and motivates them to achieve a desired future. Thus, global meaning consists of both cognitive and motivational components. The motivational component refers to life goals and core values. How people choose and develop their global meaning is not specified by the model except for the need to modify core beliefs or values when there is discrepancy between global meaning and situational meaning. Her model is probably the more complete meaning-centered coping model, but it falls short of a general model of meaning seeking and meaning making.

Heintzelman and King (Chapter 7) begin with a “potentially provocative assumption that the world makes sense and that human beings (like all other animals) are equipped to detect that sense” (p. 88). From this assumption, they conclude that meaning refers “to ‘sense’ as lawfulness, pattern, and regularity” (p. 88). They hope that an understanding of such an “effortless and ubiquitous experience of meaning” (p. 88) will allow people to have a richer sense of meaning making.

Frankl (1946/1985) also said that meaning can be found everywhere until the last breath of one’s life. But Frankl’s pathways of finding meaning (adopting creative, experiential, and attitudinal values) are uniquely human and much more complex than simple detection of connection and regularity. Trying to reduce the phenomenon of the human quest for meaning to simple associative learning, such as that demonstrated by Pavlov’s dogs or Skinner’s pigeons, represents a failure to distinguish between associative cognitive meaning and existential meaning. I find it insensitive and scientifically unhelpful to approximate people’s struggle to find meaning in the depths of their suffering with the automaticity of animal conditioning.

Michaels, Parkin, and Vallacher’s action identification theory (Chapter 8) fascinates me because they have elevated cognitive theory to a much higher level. This is an innovative theory linking “the granular nature of experience and the higher-order subjective nature of experience that provides meaning and purpose” (p. 107). According to this theory, higher- level purpose can be identified with simple actions. “What gives life meaning is the construction of higher-level identities of one’s actions” (p. 109). They also reframe the question, “What is the meaning in life?” as “How and why is there meaning in life?” (p. 113).

Davis and Hicks (Chapter 13) discuss Frankl’s logotherapy in more detail than do other contributors. They recognize that affirming meaning is both necessary and beneficial to meet the challenge of an existential crisis. They propose that people need to “affirm meaning through a leap of faith in which one asserts that life is meaningful without developing empirically reasoned justifications” (p. 168). This may be true, but affirming that life has meaning is a basic assumption or presupposition, like believing in God, that cannot be empirically proven or disproven.

However, one can demonstrate the benefits of affirmation of meaning as Newton and McIntosh do in Chapter 20 with respect to religious beliefs. These authors provide a comprehensive analysis of religion as a distinct type of global meaning and suggest that it is uniquely suitable for meeting existential challenges and enhancing subjective sense of meaning, which leads to positive outcomes.

McLean and Morrison-Cohen (Chapter 16) emphasize the narrative perspective of meaning making and provide a person-centered, holistic perspective. Indeed, storytelling is an important vehicle for self-understanding and finding meaning in life. No matter how many dots one connects and how many patterns one detects (Chapter 7), life has no meaning unless one is able to construct an existentially meaningful life story.

Differing from the psychologists in previous chapters, Metz, a philosopher, is more focused and comprehensive about the meaning in life in the final chapter of the book. First, he distinguishes meaning in life as a unique end, different from pleasure or happiness. The two characteristics of meaning as life’s ultimate goal are (a) to live a life worth living and (b) to have qualities in one’s existence that merit admiration.

Metz then attempts to come up with a single comprehensive principle about meaning in life. After considering various philosophical perspectives and theories, he introduces this meaning hypothesis:

One’s life is more meaningful, the more one exhibits positive attitudes toward one’s undertaking objectively worthwhile projects, which are largely a matter of exercising one’s rationality in beneficent, reflective, and creative ways that, as a pattern, make for an interesting life story. (pp. 413–414)

To me, this general principle seems to provide a more helpful guideline for people struggling to find answers to their fundamental existential concerns than do any of the psychological theories reviewed so far.

The future of meaning research and application needs to develop a general theory similar to what Metz has achieved for philosophy. We need a general guiding principle that incorporates motivational, cognitive, and existential accounts, and one that clearly spells out the necessary conditions that lead to the experience of meaning in life.

The editors have succeeded in exposing readers to a wide range of theoretical and empirical treatments of meaning. Therefore, I highly recommend this book as a useful resource for research and applications. The only thing missing is a chapter to synthesize and integrate the various themes on the experience of meaning in life.

Perils and Promises in the Pursuit of Happiness

From the Antiviolence Movement to a Positive Feminism 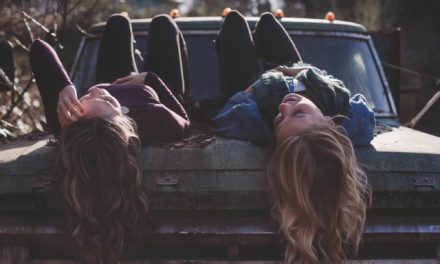 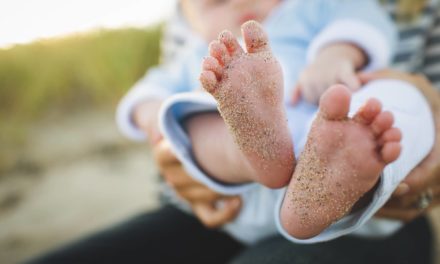