Submitted by Chieh Hsu, INPM Board Member for the Positive Living Newsletter (May 2016). Read the rest of the newsletter here. 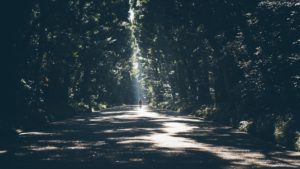 As I begin to learn and research spirituality, the diverse perspectives from experts of different disciplines remind me of an ancient Chinese story about an elephant and four people with visual impairment. In the story, each person was touching one particular body part of the elephant (e.g. nose, leg, trunk, and tail), resulting in different conclusions about what it is. Everyone appears accurate given his or her observation, yet it is not the full picture of the elephant. A similar analogy seems to apply to the topic of spirituality since we are still in the process of demystifying this giant puzzle.

Unlike an observable elephant with humane eyes, spirituality is much more intangible and is viewed as a complex construct involving cognitive, emotional, psychological, behavioral, interpersonal, and physiological dimensions. As Young and Koopsen (2011) described in Spirituality, Health and Healing: An integrative Approach (p.9): “To many people, spirituality represents necessary essence of life that energizes both thoughts and actions (Taylor, 2002). To others, spirituality is a belief in a power operating in the universe greater than one’s self. Still others define it as a sense of interconnectedness with all living creatures and an awareness of the purpose and meaning of life (Walton, 1999).” Although people have varied perspectives on what spirituality is, they seem to agree that all people are spiritual beings and that each individual has a spiritual dimension that animates and impacts every aspect of his or her life (Young & Koopsen, 2011).

As a growing mental health professional in my journey of exploring the topic of spirituality, my goals in writing this article are to (1) provide an introductory overview to help others learn more about spirituality, (2) its similarities/differences with religion, (3) benefits and potential harm to one’s health and wellness, (4) along with points of direction on resources for enhancing professionals’ competencies regarding spiritual and religious issues.

The term spirituality came from a Latin word spiritus which means breath; it is also related to the Greek pneuma, or breath, referring to the vital spirit or soul (Yong & Koopsen, 2011). Just Like breathing is fundamental to human survival, spirituality is the essence of who and how people are in the world (Burkhardt & Nagai-Jacobson, 2005).

Notwithstanding spirituality being included in studies and theories across disciplines (philosophy, psychology, sociology, medicine, nursing etc.), reaching consensus in favor of a standard definition seems defying due to its highly subjective, individualistic nature. So, instead of dazzling readers with numerous definitions, I simply include two concepts that are helpful to begin understanding spirituality.

Spirituality and Religion: Similarities and Differences

With my experience working as a spiritual care provider in a local hospital, I notice more people claiming to be “spiritual”, but not “religious”, leading me to ask the question: what is the difference between spirituality and religion?

Although spirituality was once synonymous with religion, spirituality is now considered as a much broader concept that includes both religious and non-religious beliefs and practices. Compared to spirituality, religion is typically viewed as a personal, organized way of expressing spirituality through affiliations, rites, and rituals that are established upon doctrines and communal practices (Burkhardt & Nagai-Jacobson, 2002; Matthews & Clark, 1998; Young & Koopsen, 2011).

Spirituality and religion are similar in that they both concern transcendence, connectedness, and the search for meaning and purpose (Young & Koopsen, 2011). Transcendence can be described as the shift an individual makes when moving from experiencing oneself as a sole personal existence to being part of a broader and inclusive existence; connectedness can be understood as a joint relationship formed with oneself, others and a Higher Power or God; whereas, the search for meaning and purpose can be perceived as the unfolding mystery of life and is considered essential to life itself (Young & Koopsen, 2011).

Another potential harm is the negative impacts from engaging in a spiritual/religious tradition that highlights guilt or encourages religiously authorized prejudice, hatred and/or violence (Young & Koopsen, 2011). Furthermore, children may be considered at risk if the affiliated religion endorses a therapy that is used to replace needed medical treatment of an ill or injured child (Young & Koopsen, 2011).

Increasing Competencies in Spirituality and Religion

Given the benefits and potential harm of spirituality, as  mental health professionals, I can’t emphasize enough the importance of building competencies in this area; such as (1) the awareness of personal values, beliefs, and biases regarding spiritual/religious issues, (2) the knowledge of spiritual princiuples as well as various religions and religious practices, (3) the skill to assess the complex  role of spirituality (and religion) in an individual’s life, (4) and the ability to assist clients in accessing their spirituality from a wellness approach.

One way in which mental health professionals can become more aware of their ability of addressing issues related to spirituality and religion is to become familiar with the following 14 Competencies for Addressing Spiritual and Religious Issues in Counseling proposed and updated in 2009 by Association for Spiritual, Ethical, and Religious Values in Counseling (ASERVIC), a division of American Counseling Association. It is suggested that professionals use these competencies as a supplement to the existing Code of Ethics in their professions rather than a solitary guideline.

ASERVIC also offers several free educational modules on its website (http://www.aservic.org) for educators and professionals, including selected topics as followings:

As mentioned previously, spirituality is a complex, seemingly intangible construct that is highly subjective and personal. Spirituality is reflected in every aspect of an individual’s life, including yours and mine, and it is broader than religion and religious practices. Regardless a person’s physical and/or mental conditions, spirituality is found to promote his or her overall wellness with increased positive experience in life. However, certain spiritual/religious affiliation and/or practices may impede one’s health and cause undesirable consequences.

To conclude, as mental health professionals, we cannot take clients to places where we have never set foot on. Therefore, not only it is important for all of us to recognize our limits in this area and build competencies accordingly, it is also imperative that we examine our own life experience as spiritual beings. We are to look into ourselves and reflect on how our personal spirituality affects our being in this world. As we learn to explore and embrace our personal spirituality, we are on the right path of growing competencies to help others in recognizing and accessing their own spirituality.

The INPM Journal: A New Name for a New Game

Why the 2018 Meaning Conference is Worth Attending