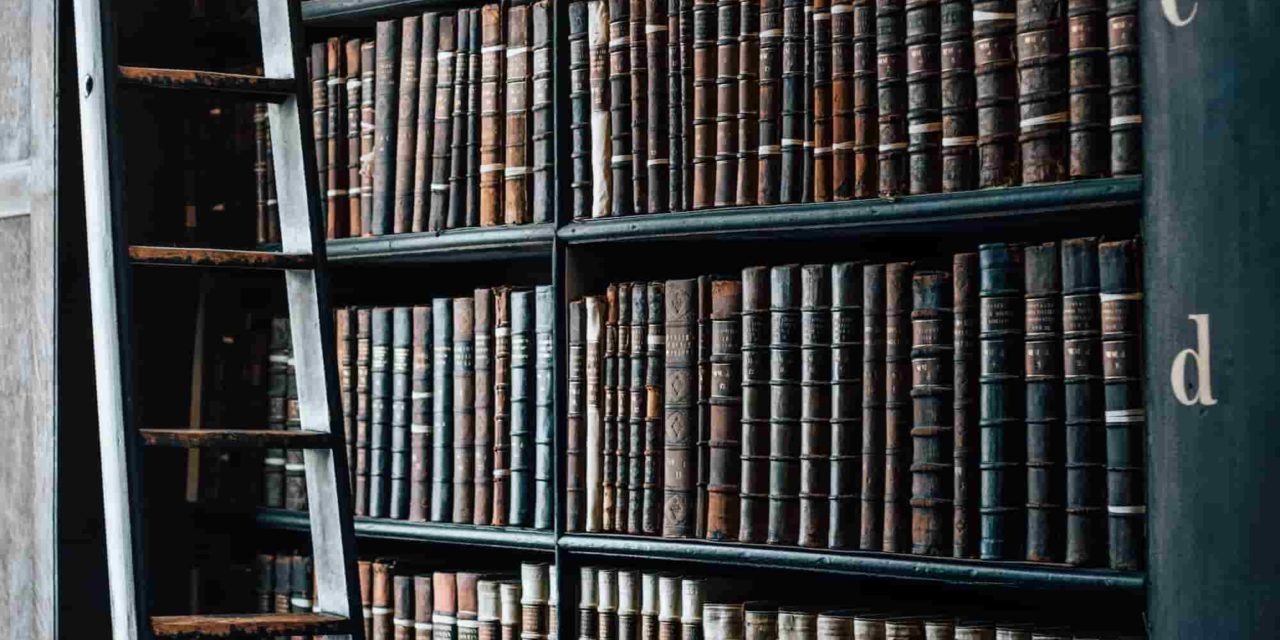 Existentialism is concerned with the inescapable aspects of human existence and addresses the recurrent questions of human struggles: What am I doing here? What is the point of striving toward a goal, when death is the inevitable end? How can I live a worthwhile life? How can one find happiness is a world full of suffering? Because clients may raise existential concerns during counseling, implicitly or explicitly, psychotherapists, regardless of their therapeutic modality, need to be prepared to address these concerns.

Unlike other approaches to psychology and psychotherapy, the existential perspective focuses on the role of meaning as a pathway to survive and thrive in a chaotic and meaningless world. This perspective offers a way to explore the richness and depth of human existence and shows the possibilities of living fully and vitally through meaning making. An existential therapist does not see life as a problem to be solved but as a series of dilemmas and paradoxes to be accepted and lived with openness and authenticity.

Existential therapy is both a philosophical and a psychological way of helping individuals gain a greater understanding of themselves and the predicaments of living in a world full of uncertainties, absurdity, and suffering. It is philosophical to the extent that the insights of existential philosophers such as Søren Kierkegaard and Martin Heidegger provide the foundation for existential therapy. It is also psychological to the extent that psychological theories and experimental findings have both clarified existential issues and specified the psychological processes regarding the meanings of life and death. Although there are different schools of existentialism, they share some common themes, which are discussed in the following sections.

Emphasis on the Phenomenological Experience

Phenomenology is the basis for both existential philosophy and psychotherapy. It allows people to be free from their assumptions and biases in order to understand lived experiences as truthfully as possible. It seeks to describe and clarify the immediate lived experience with everyday language and believes that truth about reality can be found only in lived experiences rather than in observed experiences via scientific experimentation.

Heidegger’s concept of “being-in-the-world” can be understood as person-in-context, as it encompasses the biological, psychological, and spiritual aspects of a person in a sociocultural context. According to contemporary existential therapists such as Emmy van Deurze, human existence can be mapped out through exploring how individuals engage with the following four dimensions of living in the world:

Thus, according to the existential framework, being aware of being-in-the-world means realizing that one is a bio-psycho-social-spiritual being, inseparable from the world in which one lives and operates. Thus, the dilemma is that because such awareness is anxiety producing, people either seek futile escape in distractions and a shallow existence or confront their existential anxieties with openness and courage, striving to become a fully functioning human being.

Freedom is another inevitable aspect of the human condition, according to existentialism. To French philosopher Jean-Paul Sartre, freedom is the foundation of all human values. Through the exercise of freedom, people transcend their existential givens and biological and environmental influences to create their own future as free moral agents. The capacity to choose how one exists determines what kind of person one becomes. Thus, as Sartre coined, l’existence précède l’essence—existence precedes essence.

However, Sartre was aware of the downside of freedom. As he also stated, human beings are “condemned to be free.” At any given moment, choosing one option effectively cuts off other options. Although people are free to choose, they are responsible for the consequences of their decisions. Thus, freedom of choice entails responsibility and generates anxiety. Nevertheless, there is still an upside to freedom—life satisfaction comes from the realization that one has pursued and attained one’s chosen life goals in spite of internal and external constraints.

Viktor E. Frankl, the Holocaust survivor who founded logotherapy, likewise makes “freedom of will” a basic tenant of his existential theory. As his well-known statement goes, “Everything can be taken from a man but one thing: the last of the human freedoms—to choose one’s attitude in any given set of circumstances, to choose one’s own way” (1985, p. 86). Hence, in his view, one always has the defiant human spirit no matter how oppressive the situation, and such freedom enables one to transform all negatives into positives, even in circumstances beyond one’s control.

Frankl differentiates between responsibility and responsibleness. The former comes from possessing the freedom of will, whereas the latter refers to exercising freedom to make the right decisions in response to the demands of life. A few examples of existential questions demanding a responsible answer include the following: Do I choose to persist or do I give up? Do I intend to stay in misery or do I want to create a more meaningful life? According to the existential framework, to answer these questions, people cannot arbitrarily create any meaning but must listen to their intuitive conscience and understand the characteristics of their situation before making a responsible decision.

From Anxieties to Authenticity

Authenticity is also a recurrent theme in the existential literature. Heidegger differentiates between the nonauthentic and authentic modes of living. Nonauthentic people give up their individuality and responsibility for the security of being part of “they”—the herd or the prevailing societal culture. There are benefits to conforming to society in that it provides some sense of security and meaning as buffers against existential anxiety. The drawback of nonauthentic living, though, is that people never know who they really are and what they really want in life; they may reach the end of their lives without having really lived.

In contrast, authentic people assume their responsibility to live in a way consistent with their true nature and core values. They strive to become what they were meant to be. However, this path entails confronting existential anxiety. Authenticity begins with confronting one’s fear of nothingness. In other words, death anxiety serves to awaken one’s quest for meaning, leading to authentic living. According to Frankl, it is the discovery of one’s inner vision about one’s uniqueness and singularity that endows life with deeper meaning.

To choose the possibilities for living an authentic life and becoming a unique and fully functioning human being is fraught with risk—the risk of choosing the wrong life goal, the risk of failure, and the self-doubts regarding the futility of goal striving because it ends in nothingness. The paradox is that only in confronting all these anxieties can people live an authentic and fulfilling life.

In Frankl’s view, the real choice is between the boredom of existential vacuum and the excitement of pursuing meaning and self-transcendence. In spite of the risks and difficulties, the quest for meaning is associated with the excitement of creating a personal path and making a unique contribution to the world.

From an essentialist perspective, Frankl considers “the will to meaning” as originating from the spiritual nature of human beings—it represents the most noble and humanistic aspects of the human condition. To be fully human is to become engaged in the search for self-transcendence. This is a paradox: by losing oneself in pursuing self-transcendence, one actually finds true self identify.

The Pursuit of Happiness in the Midst of Suffering

Happiness and meaningfulness are the two terminal values most commonly sought after in life. According to Frankl, happiness, when directly pursued, eludes; but meaning, when pursued, ushers happiness in through the back door. Thus, an existential framework asserts that the quest for meaning should be one’s top priority in a world full of suffering, because meaning not only protects people against pain and anxieties, but also sheds light on how to live a good life.

Generally, there are two major sources of suffering in human existence:

The existential framework offers an answer for both types of suffering: It not only makes suffering more bearable, but also beneficial. For instance, it can address suffering through methods such as accepting what cannot be changed, attributing a positive meaning to a negative experience, and learning lessons of wisdom and patience from transcending adversity. In a paradoxical way, sufferings and anxieties drive people to dig deeper into their inner resources and discover the meaning and joy beneath the surface of suffering.

The Central Role of Meaning in Human Experience and Well-being

Existentialism addresses the inescapable aspects of human existence through the central role of meaning. It believes that all human beings are endowed with the unique capacity for meaning seeking and meaning making, and that meaning is at the core of human existence and well-being. Meaning permeates every aspect of human life, from daily mundane activities to transcendental spiritual experiences. That is why, in this perspective, meaning is essential to both healing and flourishing.

Meaning of life is one of Frankl’s basic assumptions in logotherapy. Because he believes that meaning is essential to mental health, just as air is essential to physical health, he also hypothesizes that meaning can be found in any situation until one’s last breath. Basically, he recognizes three levels of meaning: ultimate meaning, meaning of life as a whole, and meaning of the moment or the present situation. All three types of meaning are important for the existential perspective.

Meaning of the moment refers to the meaning potential hidden in everyday situations. It is available to those willing to pause and reflect before deciding on a responsible action or attitude demanded by that situation. Meaning of life as a whole requires weaving a coherent life story that integrates the past, present, and future. One’s narrative represents an important aspect of the existential perspective.

Finally, it is important to differentiate cognitive meaning from existential meaning. As contemporary existential psychologist Paul T. P. Wong has maintained, people are born naïve scientists and philosophers. As naïve scientists, people have the innate tendency to ask questions and make causal attributions about the natural world. People constantly detect both connections and patterns about events around them. This associative cognitive capacity enables people to predict, control and, thus, increase their likelihood of survival.

As naïve philosophers, people also have the innate capacity to reflect on such existential questions as who they are, why they are here, and what the point of striving is. In this view, this kind of existential search is much less common than dealing with the pressing problems of modern life, because most people are too busy making a living or too absorbed in enjoying life when everything goes well. Typically, people engage in existential exploration only when they experience existential crises, such as encounters with suffering and death.

It is also worth noting that, in existentialism, meaning is not just a matter of subjective feelings of satisfaction. Meaning in life depends more on what one does with one’s life rather than what one thinks. Whether one’s life is meaningful also requires objective criteria—the presence of some objective qualities that make one’s life worthwhile and merit admiration. Wong has proposed that a promising psychological theory of meaning in life must satisfy the following prima facie criteria: 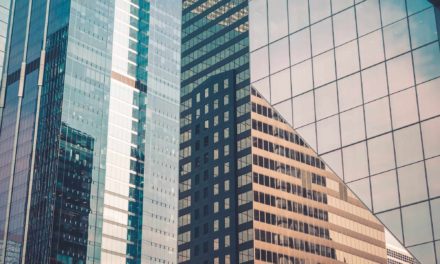 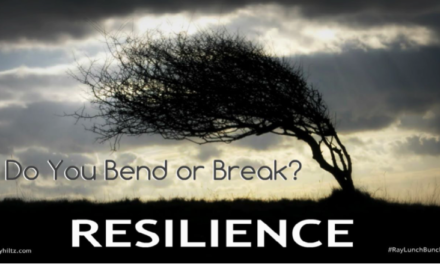 Coping with the Mental Health Crisis of COVID-19: A Resilience Perspective 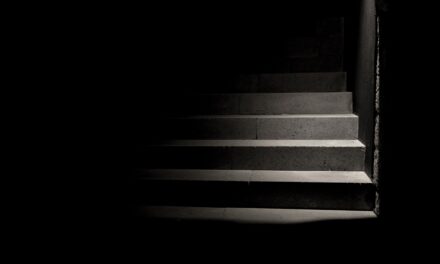 Positive Psychology Goes to Hell and Back 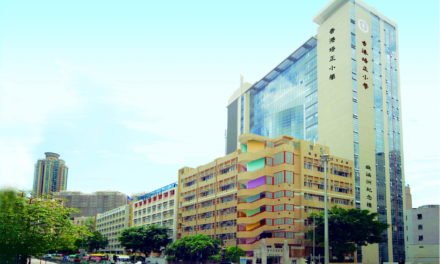