How a Career Can Benefit from Meaning

Submitted by Ryan Marcoux, INPM Board Member for the Positive Living Newsletter (May 2016). Read the rest of the newsletter here. 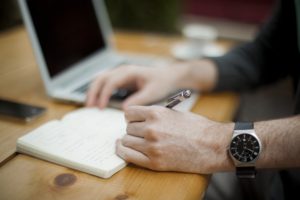 Meaning is an important, but often neglected aspect of all things. After all, it is a vital part of being human. If one looks to the things in their life which they do not appreciate, or which make them unhappy, there can be many causes…but central to these causes will always be a lack of meaning.

What does it mean when I say “meaning”, in this way? It is surely not just a matter of semantics, as though I were saying “things having definitions is important”. Rather, meaning goes deeper than that, to the cause/purpose of a thing. We are all capable of intent and, in fact, it is difficult to live, think, or do anything without intention. Some rare exceptions would be reflexes, automatized behaviours, and perhaps some unconscious processes. Of course, intention is such a deep-seated part of our lives that it leaves most of the unconscious still up for investigations concerning motives. Choosing what we do, as an intentional process, imbues our actions with “personal meaning” and this is what motivates us.

Now, there is one aspect of our lives which lasts 40 years or more, but which relatively few people seem to express any kind of happiness about; a thing which all of us find necessary, but many of us seem to merely stumble into. I speak of our careers and I think that, if a job is going to take up almost 1/4 of our lives and 1/3 of each work day, then we owe it to ourselves to make this time worthwhile.

Finding time in our busy schedule to think about our lives’ future direction might seem like a tall order; particularly since, for many of us, time is a limited resource. For some of us, life’s fast pace confronts us with competing demands and, when we do get a chance to slow down, there is a part of us that just wants to relax. In these cases, the decision to use our precious time on analyzing potential new meaningful strategies for the future is a taxing one, and thereby one we loathe to make. However, if we do not make the decision when we can, we may form a habit of putting off a little suffering today to struggle again tomorrow…and, if left unchecked, this challenge can continue for years or decades.

So, am I suggesting that existential angst and unhappiness are best treated by investing our time discovering what motivates us? Of course! But how does one do this? It seems an eternal question…one which only pretentious people claim to be able to answer. So I can only answer what worked for me and hope it does the same for you.

My Search for Meaning

I was raised believing that our place in life is to discover what we can do for others. As a child, my career aspirations were naive and befittingly child-like, but still directed at others. I wanted to be a basketball player because I thought I could entertain people like my father; and bring joy to people across the country. I later thought I could be a mathematician; discovering new things in mathematics to make people smarter…or something. I also considered becoming an accountant leveraging my math skills for something more real, like helping people to manage their money in whatever way an accountant does. I wanted all of these things because they were things I was good at (throwing a ball accurately, basic arithmetic, and organizing/reasoning about numbers).

As I got older, I noticed that the things I was good at were only at a basic level and the complicated levels reached a little beyond my ability (basketball’s teamwork and ball handling, math’s calculus and proof-writing) or I found them to be boring. It turns out; I never really knew that accounting could go beyond filling out paperwork so I gave up before I really knew the field. But what I discovered when I was in my third year of high school was that I had a talent I truly did excel in, at any level of complexity, and never ceased to find interesting. This was talking to people about the complexities of life, reading their nonverbal expressions, observing their motives for actions, and reaching out to those who were suffering the most.

No matter how I went about my life, in high school, I always felt like what I did was motivated by a noble purpose. I confronted people about being too controlling, I would let people know when their actions made others reject them (I even got into a fist fight only to form a lasting friendship with someone who was too socially anxious to face himself), I told professors when their grading was unfair or biased, and I told bullies when they were hurting people. Of course, I wasn’t perfect, but no one is… I was also defensive and hid a lot of my own problems. I had no clue how to become a community leader at the time, so when I thought of the kind of job that saves people from themselves and from each other, my first thought was to think back to the people who had saved me.

I had seen a therapist for a week in elementary school which had left me in awe and admiration. Before that, my only major support figure had been my mother. I modelled a lot of myself on her and shaped myself yet further after my therapist. So when I inevitably asked my parents how to be a therapist, they pointed me towards psychology. Psychology became my biggest career goal from early high school through University…until, due to my learning style, my grades didn’t stand up. With a wall in my way, I was looking for a way to get around the issue…some way that I could show that I knew how to help people without needing to memorize things and perform well in multiple choice testing.

Fortunately for me, I discovered the idea of experiential learning and co-op programs through my friend, Anne Lam. The promise of more welcoming hands-on methods of learning, often through internships, seemed brilliant to me. Before introducing me to these concepts, Anne had decided to start an effort at my University to create a coop program. Seeing the value of her idea, I volunteered to help out with this initiative, becoming Anne’s only dedicated supporter. I took on the task of explaining how a coop program could help students learn and help the field.

Many months later, the coop program came into conflict between offering students internship placement and making graduates employable. It didn’t seem to be working out. Anne, feeling indebted to me, introduced me to Dr. Paul Wong, President of the International Network for Personal Meaning. Initially, she did so under the pretence that he and I could learn from each other, but I suspect her true motives were to direct me to an organization which suited me perfectly. She undoubtedly knew my attitude towards service would bring me in line with helping INPM and connect me deeply to its membership.

Dr. Wong’s ideas inspired me greatly. I only spoke to him via social media, but always found his attitude and openness to differing perspectives inspiring. I realized Dr. Wong would always fight for the abused or disadvantaged while also teaching those who needed to help themselves exactly how to change those thoughts and values that were keeping them trapped. My positive impression of Dr. Wong led me to participate in INPM’s biannual conference in order to meet him and other professionals in the field.

Even though I had never travelled on my own, and attending the conference entailed travelling from Montreal to British Columbia, I was committed to meet Dr. Wong as well as many other leading figures in the field of psychology. I never once regretted my decision. And so when Dr. Wong declared, at the end of the conference, that he was looking for a group to support him in the organization’s transition to a new presidency, I didn’t hesitate to say I wanted to help keep things on track. My main reasons to be there were:

Fast forward almost two years and I find myself a member of INPM’s new board of directors. While the Board is still searching for someone willing and ready to be our new President, I am joining forces with my fellow Board members to support INPM’s mission. At 26, I am INPM’s youngest board member and I am welcoming the challenge to learn and find effective ways to make a positive difference. My role in the Board is a great opportunity to shape INPM’s meaningful agenda, as well as a great opportunity to learn about leadership and psychology.

Interestingly enough, my decision to attend the conference was preceded by one of the most meaningful realizations in my life. I have always drawn a sense of purpose from any considerations of career path and INPM appears to have made my future less stressful and more certain than ever.

Life is complicated, but I learned to face it with purpose and a positive attitude, no matter how hard this may be. I encourage you to be courageous in your decisions and to always do what benefits others as well as yourself. Through a spirit of giving to others and self-compassion you are bound to find your way to a bright and proud future that benefits the many. 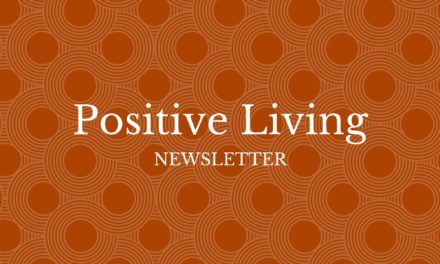 Differentiating Between Meaning and Purpose, And Why It Matters 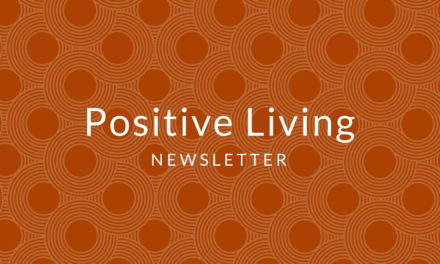 A Time for Reflection (by Homaira Kabir)